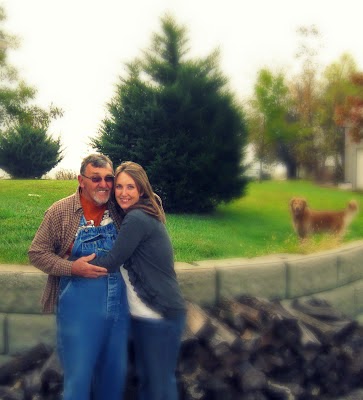 Families are a funny thing, often cobbled together rather than connected by blood. For most of my life, that's how it has been. A child of divorce and the mother of a child of divorce, I have both been raised by a man I called Daddy that had no biological connection to me, and watched my oldest daughter be raised by a man she calls Daddy that has no biological connection to her. We have both been lucky to be loved in a way that never made us feel like we were anything other than daughters.

My parents divorced when I was a newborn and I didn't even meet my father until I was about 8. It was at best a difficult relationship until I was 15 when it really hit the skids. I did not speak to him again until I was 39 when my mom was killed and he came to her memorial. Honestly I didn't want to talk to him then, especially then, on the day I would say good bye to my mom. But I did. In my pajamas, in the lobby restaurant of a hotel, with my girls and Sweet Man watching and supporting me. To this day I don't know where I got the guts and I still feel proud when I remember that moment. It was a moment that changed everything.

I introduced myself to this stranger and I said everything to him I had wanted to say during that almost 25 years. I shook but I was strong and confident. In that moment I let go of all the hurt, anger and feelings of rejection I had been holding on to. It didn't matter to me what happened after that. It only mattered that I had said what I had needed to say for so long. It was freeing. 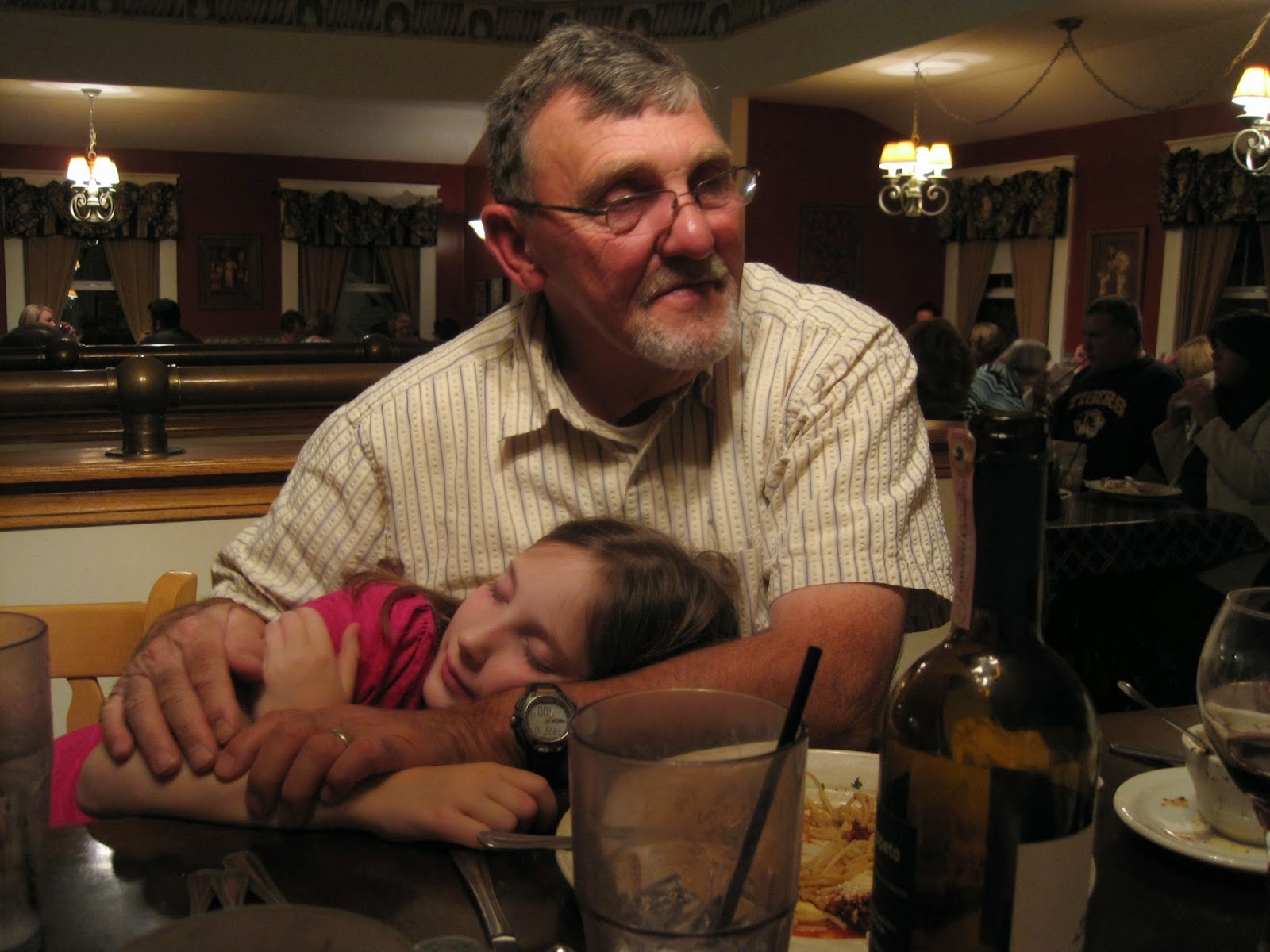 Four and a half years later, I have a great relationship with my Dad. I have forgiven him. I have an adult perspective now, as well as the ability to see the whole truth of the situation. It doesn't mean that I have forgotten or that I don't still sometimes feel tentative in that relationship, but I am thankful to have this second chance and I love him with all my heart. It turns out he is as flawed as I am. Sometimes when something is broken we don't know how to fix it. Sometimes we just stumble along blindly and somehow we come out on the other end. 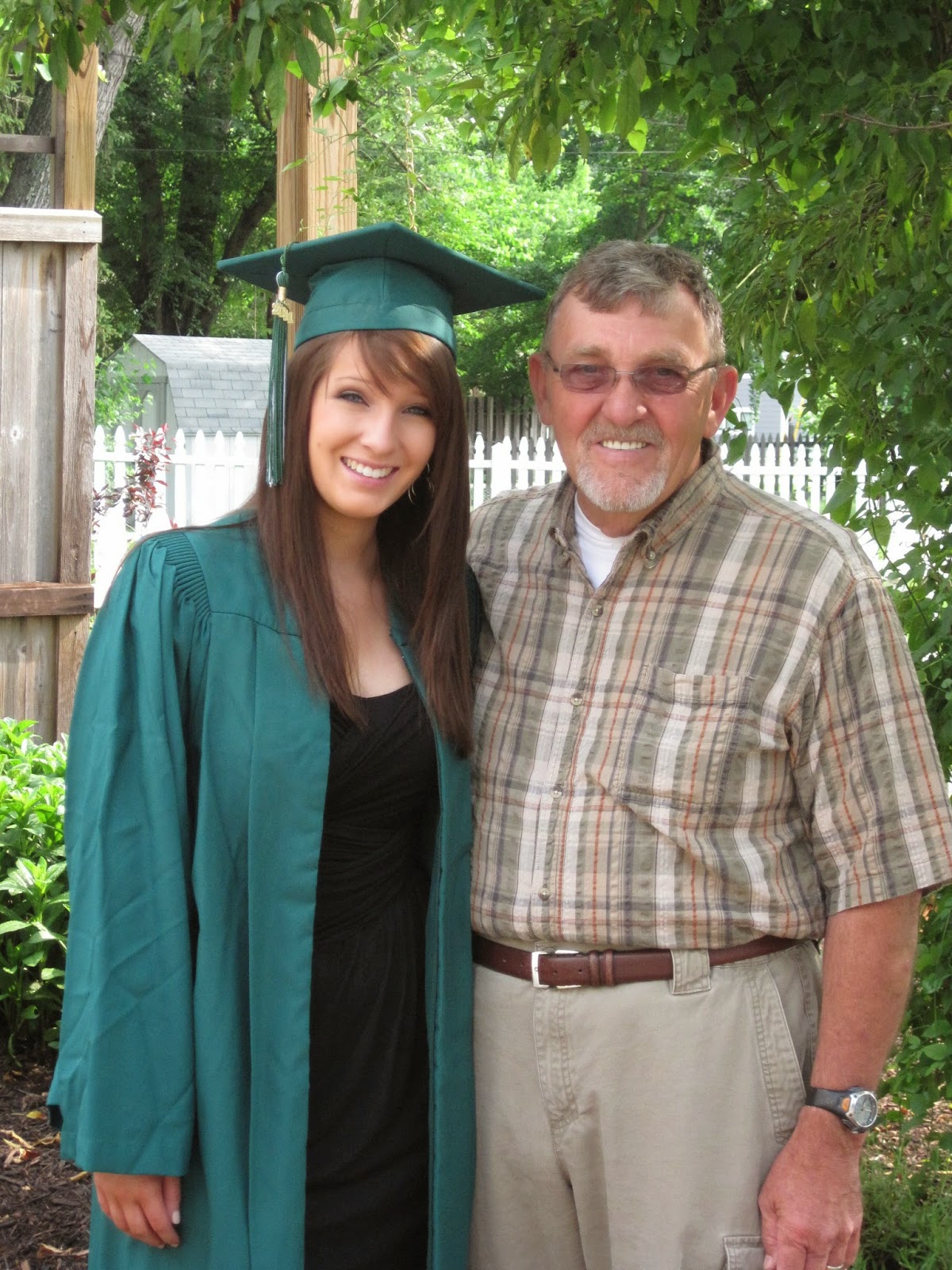 I just got off the phone with my dad. He's been sick and I've been worried about him. I'm sad for those lost years but thankful for the opportunity to love him now, thankful that my girls have a grandparent to love them, thankful every time he calls Emma buddy or sends Maddie money to pay for her books for college, thankful every time he calls me baby and tells me he loves me, thankful something wonderful came out of something so horrible. Most of all I'm thankful I opened my heart to forgiveness, possibilities and love. It didn't come easy but it is a gift I gave myself.
Posted by Jen Kershner at 9:53 AM

Labels: Thoughts on my Life

Thank you for taking the time to leave me a note. It's always so appreciated.

Jen Kershner
I live in a cozy cottage tucked into a charming village, where I spend as much time as possible in my studio getting lost in whichever project currently has my attention. I love simple pleasures and finding the beauty that is all around me. I can often be found in my favorite chair iin the corner of the studio, knitting in my lap, a chai latte piled high with froth piggery next to me, dreaming about my next project. 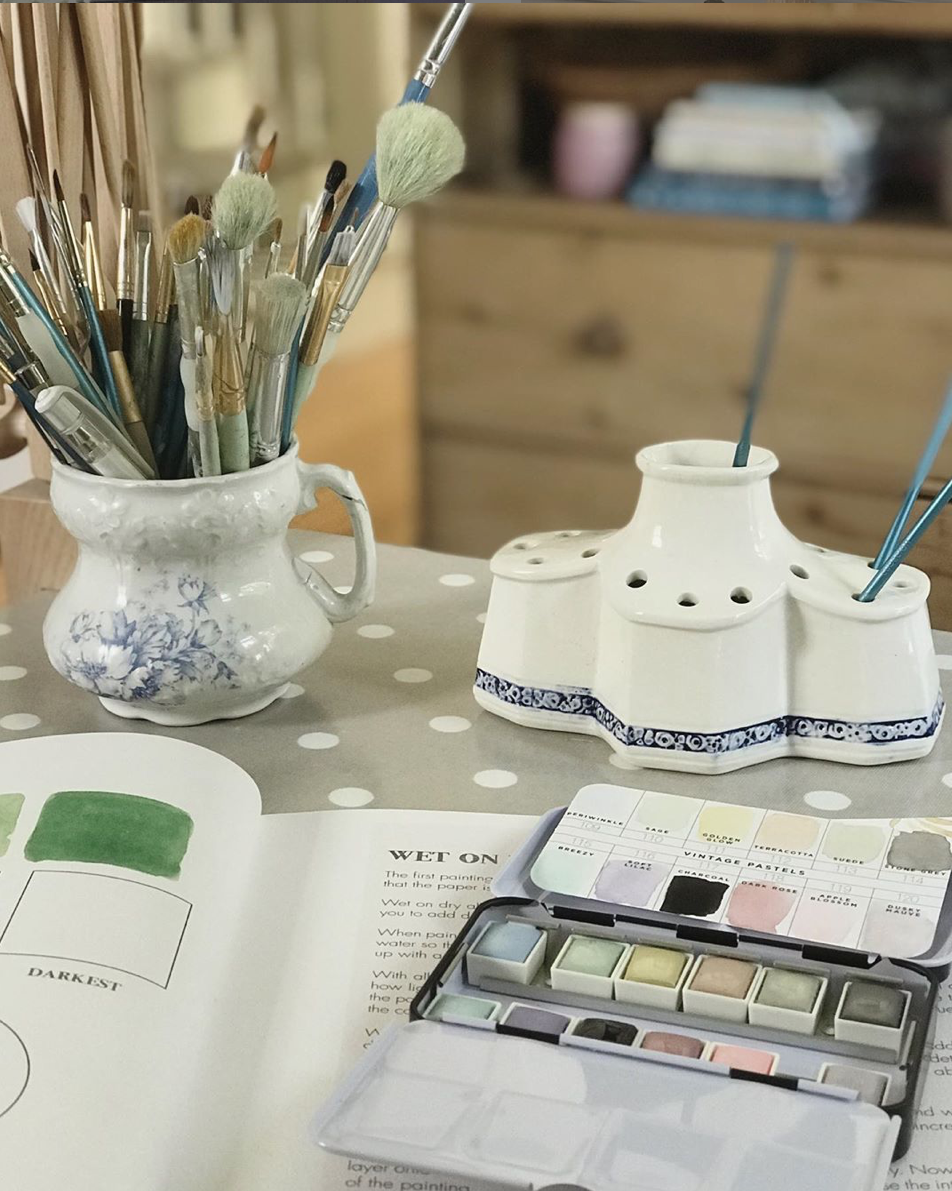